In the southern part of Morocco, you'll find many "ksar," which is a group of local people's houses. Usually surrounded by thick walls, sometimes it had a roll of fortress. In modern days, it's like an apartment of local people and since it often has a mosque or shops in side the ksar, you could say ksar itself is a small village. 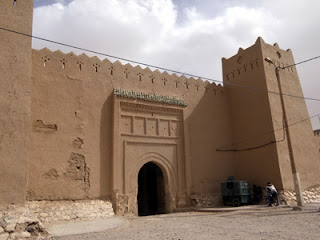 This is a very big and traditional ksar in Erfoud, Maadid.
Lately, the government started the reconstruction of the ksar and the new mosque is being built at the entrance of the ksar.
Ksars are usually made of abobe, it's really difficult to keep their original style. 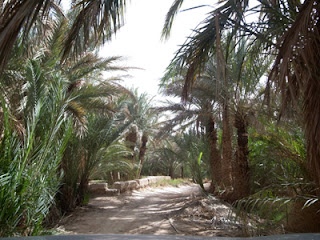 If you go deep into the palm trees, you'll find many more interesting ksars. Be careful, people keeping traditional life are often rather shy, they don't like to be photographed. 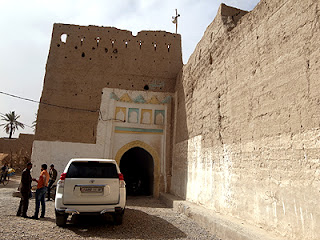 This is an entranced of a ksar. It looks like just a gate of the walls, but once you get inside, maze-like streets are spreading among small houses. 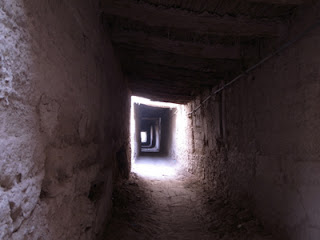 Streets in ksars are usually covered on top and it's really dark. Animals are also living in the same place and you sometimes here chicken's sound. 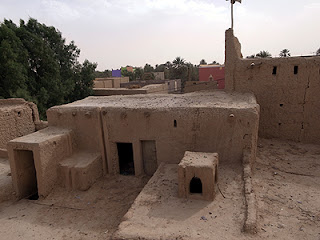 When you get to the top, you'll see a nice view. Ait Ben Haddou, one of the UNESCO World Heritages sites, has just the same kind of interior. The tradition of ksar is here and there, from the old times to the modern ages in the desert and oasis area.

Morocco Desert Palm Tours
Erfoud, Morocco
Travel agent dealing with private tours in Morocco, based on Erfoud, a town of desert and oasis